Different Types of Seizures in Dogs

Most seizures in dogs occur with little-to-no warning and last anywhere from a a couple seconds to a few minutes.

There are many different types of seizures seen in dogs. A specific dog may experience multiple kinds of seizure throughout their life. As well, each type of seizure affects different dogs in different ways.

Many dog owners are worried about their dog injuring themselves during a seizure. Rest assured, however, that injury as a result of seizure is rare in dogs. That being said, if your canine companion suffers from seizures, it is important to contact your vet to inform them. Some seizures may not require any urgent action, but others do.

Also called partial seizures, focal seizures in dogs only affect half of their brain, and only a particular region within that half.

During diagnosis, focal seizures can be identified as either simple or complex based on your dogs level of awareness during the course of the seizure.

Signs of a simple focal seizure in your dog

Simple focal seizures can be hard to detect for a pet parent. This is because they most often manifest themselves in the form of odd behaviors. Any of the following behaviors could be indicators that your dog is having a simple focal seizure:

In contrast to a focal seizure, a generalized seizure occurs within both halves of a dog's brain. General seizures often often evolve from focal seizures.

Often dogs experiencing generalized seizures will fall unconscious for the duration. They also may urinate or defecate while unconscious.

Types of Generalized Seizures in Dogs

There are many ways, however, that a generalized seizure can manifest itself in your dog. These re described in the following categories or types:

This serious condition refers to when a single seizure lasts longer than 5 minutes or when a dog experiences multiple seizures over a short amount of time without regaining consciousness between them.

If you identify this in your dog, call your vet immediately. Seizures which last over 5 minutes can cause a risk to your dog's life.

The most common type of seizures found in dogs are focal seizures which transition into generalized seizures.

Often the focal seizure which kicks of an episode is small or subtle enough to go unnoticed by even attentive dog owners.

It is important to be able to provide your vet with as much information as possible. That way, they will be able to make informed decisions on how to best diagnose treat the seizure your up is experiencing.

If your dog is showing signs of a seizure, contact the knowledgeable team at our Ventura emergency veterinary hospital right away as soon as possible. 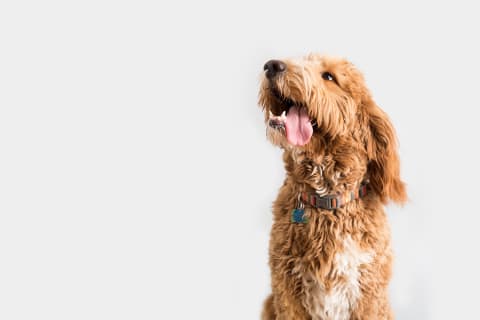